Lumina is delighted to announce the appointment of Anthony Gannon as Chief Operating Officer for Garden Studios, W. London. 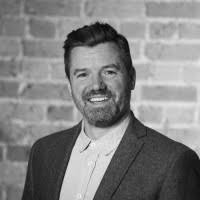 He will lead and be responsible for the day-to-day operational functions of the whole facility owned by Arts Alliance run by Thomas Hoegh.

Gannon was previously Director of Studios, at Manchester Studios (the Old Granada Studios), recently renamed Versa Studios. He has a background in studio management and was previously at ITV as a Studio and Operations Manager.

Garden Studios is one of the latest studio complexes to launch in the UK boasting over 197, 500 sq. ft of studio space spread across 7 stages including 3 sound stages (over 40,000 sq. ft), accompanied by full workshops, technical and office facilities. With its recent launch, the studio has incorporated the latest technologies, including a virtual production studio, to offer clients the very best facilities and experience. It is one of the largest studio complexes in Central London.

Lumina wishes Anthony Gannon the best of luck in his new role.